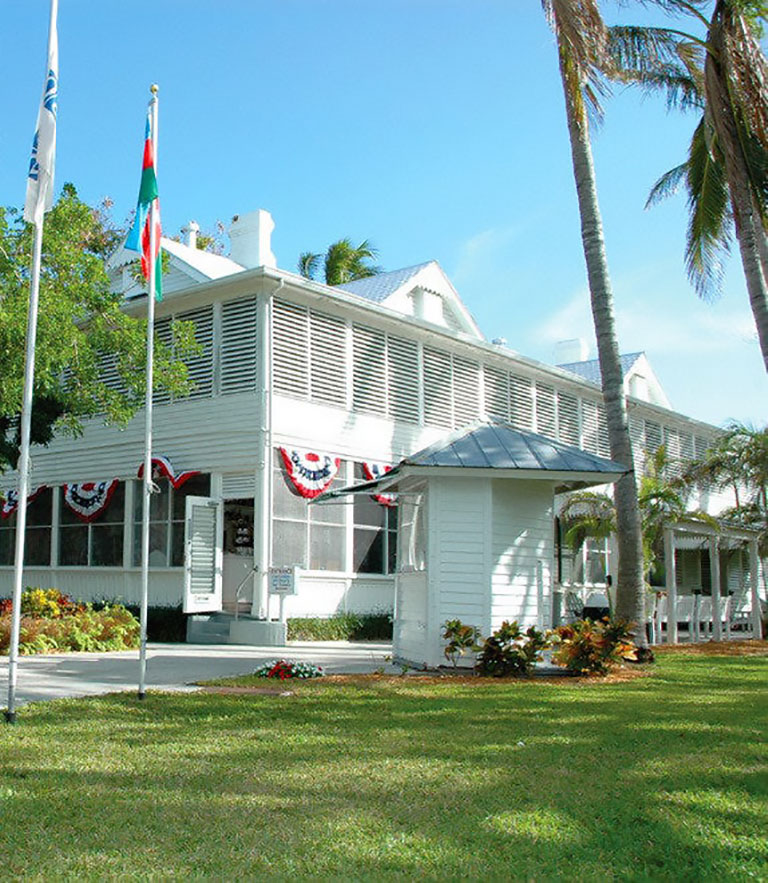 Built in 1890 as the first officer’s quarters on the submarine base naval station, the Harry S. Truman Little White House in Key West, FL, has entertained presidents and dignitaries for more than 63 years, ever since President Truman established the property as his winter vacation home in 1946. Frequent visitors to the home include Thomas Edison, Edward Hayden, Harry S. Truman, John F. Kennedy, Jimmy Carter, Colin Powell and Bill Clinton. The home stands as a magnificent, historical piece of architecture that serves as a museum and, at times, receives government officials for meetings and dinners.

Maintaining the historical character of the home was instrumental in the restoration process. “More than 85 percent of the historic fabric remains intact, so it was very important that we select the right HVAC system to protect the structure, our original furnishings and documentary collections. That’s why we chose The Unico System of St. Louis,” said Bob Wolz, executive director of Truman House.

The home needed an HVAC system to protect the irreplaceable artifacts, and the conventional system installed in 1990 was not doing the job. The system allowed humidity to attack the museums’ items and did not cool the 9,000-square-foot home evenly. The contractor restoring the home, Refri Air, Inc. of Fort Lauderdale, recommended The Unico System as a perfect solution to this home’s heating and cooling needs.

The installation of The Unico System took eight weeks to complete. The massive project involved outfitting the home with 300 feet of special 10-inch round PVC duct, installing custom flat and circular outlets in the floors and ceilings of the home and putting in the system itself. To allow flexibility to the cooling and heating of the home, the house is split in five zones with five air handling units and four UniChillers, completely self-contained air-to-water heat pump chillers that use chilled water circuit instead of refrigerant inside the house.

A traditional system would have required additional condensing units to achieve zoned cooling, whereas The Unico System allows individual UniChillers to work in a single area without the entire system running at full capacity. The duct was installed in the attic and the 18-inch crawl space under the home. To ensure the system was virtually undetectable, contractors ran electrical connections from the attic to the crawl space and out to the chiller plant area, hiding the ductwork with customised fittings.

Once the system was in place, a specially designed UTrap was connected to the air handling in the attic for 30 percent more humidity removal throughout the home. This extra piece was a necessity to ensure all important items present in the museum would be protected for years to come.

The Harry S. Truman Little White House presented a unique set of challenges that were met with the installation of The Unico System. “The uniform temperature throughout the house is pleasant to guests and staff and protective for our artifacts,” said Wolz. The new Unico System gives peace of mind to historians and visitors alike, who can be assured that the home, which has stood for 120 years, will remain a place to enjoy historical ambience and objects in a cool, comfortable setting.